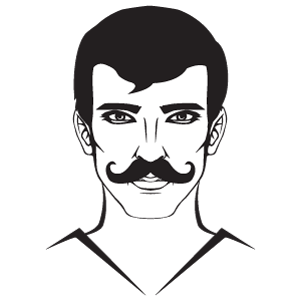 Stone is a material that has been used to build structures since the beginning of civilization. Pyramids, towers, castles and homes were all made of stone. The strong structure of this material is second to none. As an architect, I know a lot about working with woods and synthetic materials, but I am here to tell you that including stone is the single best thing you can do for any home you are having designed. Here I will show you the various types of stone and how they can bring beauty and function to your living space, decor and outdoor landscaping.

Having a wood burning fireplace adds character and functionality to just about any space. However, in order to maintain these benefits, it does take some effort on your part, particularly when it comes to keeping the entire unit clean. From the floor of the firebox to your chimney flue, it's up to you to keep every part of your system clean.

When it comes to determining how frequently you need to clean your fireplace, the type, or species, of wood you burn should be your first consideration. The species of the wood, such as hardwood or softwood, will affect how much ash it produces. One would naturally think that hardwoods, like beech and oak, would produce a greater amount of ash because of their weight, but the opposite is actually true.

Softwoods, such as those from pine, fir and spruce might weight less than hardwoods, but surprisingly, they produce a greater amount of ash. If you frequently burn softwoods in your fireplace, you will likely have a larger amount of ash buildup than hardwood.

Have the Right Amount of Ash

Believe it or not, this increase in ash can actually be used to your benefit. You might discover that you don't need to clean your fireplace as often as you had originally thought. Having a small amount of ash on the firebox floor is an especially good idea during periods of active use because it will allow you to start your fires faster and they will last longer.

The hot coals produced fall into the middle of the ash, adding heat. The glare generated from the hot coals burning in the ashes reflects the heat back into the fire, allowing it to last longer. However, moderation is the key. You can have too much ash. Never let your ash reach the bottom of your grate, whether you're burning soft or hardwood. Once this happens you know it's time to clean your fireplace.

It's important to understand that your chimney doesn't necessarily operate by the same standard. You need to clean your chimney regularly. Failing to do won't just make it harder for you to generate a fire, but a dirty and clogged chimney can actually force harmful toxic gas back into your home, putting you and your entire family at risk for inhalation. As a general rule of thumb, have it inspected at least once every year by professionals such as Early Times Home Solutions.